We aimed to create amenities for hoteliers that would be healthy for the skin, while upholding biological preservation of the collected plants, ensuring that cultivated plants had no pesticides, and using plastic-free packaging.

In a subtle manner, more impressive than the aromas themselves, 8950 brings the spirit of the mountains and rivers to urban spaces and human affairs.

From the fragrant mountains of the Serra do Caldeirão [in the North-East Algarve] 8950 has created an aroma with tangy freshness that exudes scents of melissa and rosemary, warm and sweet tones of carob and myrtle, the unforgettable scent of rockweed, all emulsified in aloe vera, vegetable glycerin, grape seed oil and other naturally sourced substances to produce a liquid soap, shampoo and body lotion, packaged in ceramic bottles from Alcobaça.

Eglantina Monteiro [Porto 1955] anthropologist, lives and works in Castro Marim; From 1984 to 2000 she was professor of Anthropology of art at the Faculdade de Belas Artes da Universidade do Porto, and from 2001 to 2007 at the Faculdade de Ciências Humanas e Socais na Universidade do Algarve. She made field work in Bijagós (Guinea-Bissau), Alto Rio Negro (Brazilian Amazon) and Serra do Caldeirão (Algarve). Since 1992 she curates exhibitions in the frontier zone of art and anthropology. In 2008, with Francisco Palma-Dias, she founded Companhia das Culturas, an organic agritourism. In 2019 she creates the brand 8950. 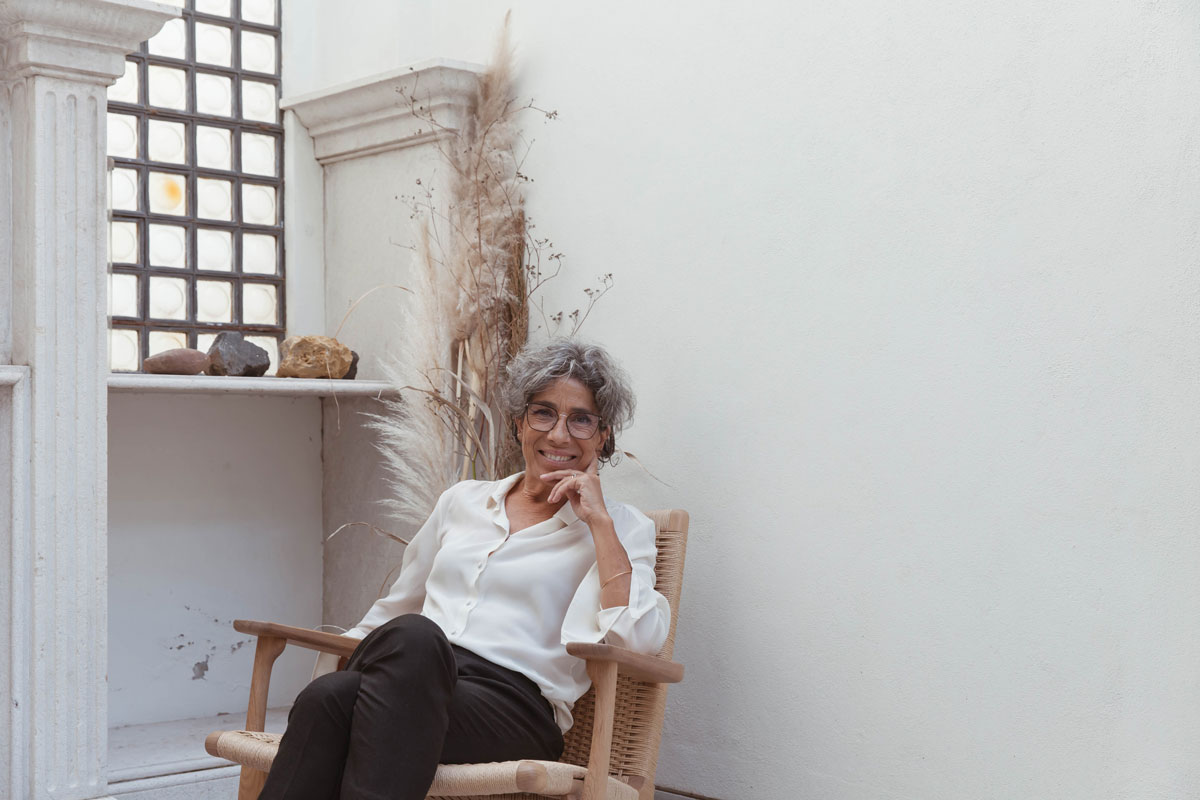 Francisco Janes [Lisbon 1981] lives and works in Vilnius, where he started a family. He is an artist and independent filmmaker whose work grows around experience and sound. He has collaborated in multiple forms in interdisciplinary projects in diverse fields such as advertising, cinema, performance, teaching and contemporary art. He studied in FLUL, completed Advanced Photography in Ar.Co in Lisbon, and was an Ernesto de Sousa fellow in 2008 in New York. In 2012 he obtained his MFA in Film from CalArts in Los Angeles.

Lourenço Lucena [Lisboa 1970] lives and works in Lisbon. In 2001 he founded BLUG, a Lisbon-based branding and communication consultancy with a unique multi-sensory approach. He studied at Cinquiéme Sens in Paris as a perfumer. He is currently the only Portuguese member of the Société Française des Parfumeurs. Since 2006, he has developed fragrances for brands, persons, and special projects. More recentl, shares his knowledge and love for perfumes through workshops, masterclasses, and scented dinners, doing his part to make the world a more beautiful—and beautifully scented—place.

Sofia Magalhães [Borbela, Vila Real 1981] lives and works in Lisbon. She studied pottery at Ar.Co. (art and communication center) continuing her training in Florence and Tuscany countryside with different sculptors and potters. In 2004 she founded the atelier Caulino developing a double activity as potter/artist and teacher. In 2015, with Thierry Simões, she created the atelier Pátio do Tejolo where they develop ceramic and drawing workshops. She regularly exhibits her work in collective and individual exhibitions.

Joana Areal is a Communication Designer and Art Director currently based in Lisbon.   Graduated in Communication Design at the Faculty of Fine Arts (Lisbon) and Master in Communication Strategies and Art Direction at Elisava (Barcelona).  Her study is driven to deepen mankind’s ability to communicate through diverse media, embracing the potential of visual discourses. To apprehend new languages within the practice of design, to face and develop conceptual responses in distinct creative ways.  Work published by several editors and magazines, such as: Victionary, Laurence King, Rockport, Design2context, Design and Design, Sandu Publishing, Index Book, Novum, NEO2, Slanted Publishers, among others.

Sanda Vuckovic [Banjaluka em 1972]. is a stylist and photographer, who lives for the last 18 years in Lisbon, Portugal. She writes, styles and photographs seasonal recipes and presents them on her blog Little Upside Down Cake, which was one of the six Saveur 2013 finalist in the category of Best Photography and also one of the 10 finalists in Jamie Oliver's Magazine food photography competition in 2012. Her work was featured in a number of magazines and she continues working on the promotion of the use of local, seasonal and organic ingredients in every day cooking.

Joana Virgolino [Leiria 1978] lives in Leiria. She studied Design and Technologies for Ceramics at ESTGAD, currently ESAD in Caldas da Rainha. In 2001 she created her own art gallery - painting, antiques and archeology. Since 2004 she works in António Rosa Ceramics Lda. to create new shaps and follow up personalized projects.

Francisco Fonseca (n.1978, Porto) graduated at the Faculty of Architecture of the Delft University of Technology in 2006 where he was awarded the Archiprix Netherland for the quality of his MSc research work. Fonseca is a founding partner at the architecture workshop SKREI with several buildings completed, international conferences, lectures and art exhibitions. Since 2012 Fonseca is a member of the Serra Henriques Foundation as commissioner of the national architecture award for academic merit Archiprix Portugal, as well as a board member of the Pereira Monteiro Foundation Council for the promotion of cultural and artistic affairs with regards to ecology and landscape sustainability.